The affluent Ushiromiya family patriarch, Kinzo, is on his deathbed, and his family has assembled at their private island to discuss the division of his estate. As they bicker over their father's immense inheritance, a typhoon closes in, trapping them on the island. They suddenly receive an eerie word of warning...and then, in the dead of night, the murders begin.

One by one, family members are discovered murdered in bizarre and inhuman ways. Some within the family turn to superstition, blaming it on a witch rumored to inhabit the island. But one of them - the young Battler Ushiromiya - refuses to accept the supernatural and vows to uncover the real killer behind the seemingly impossible slaughters. He soon finds himself confronted by the apparent witch, and enters into a life-or-death battle for the truth.

Trapped on an isolated island in the middle of a raging typhoon, Battler Ushiromiya has found himself locked in an unending struggle with a woman calling herself the Golden Witch Beatrice to uncover the truth behind the gruesome murders of everyone in his family.

Are these killings the supernatural work of an ageless witch, or is that just the cover story for a far more ruthlessly human plot? As he searches for clues and draws closer to the truth, a mysterious young girl suddenly appears on the island. She claims she can help him, but could this fiery ally be nothing more than a trap set by the "witch" herself...? 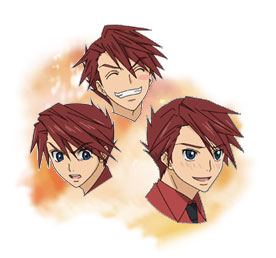 Our story's 18-year-old hero, and son of Rudolf and Kyrie. Battler is at the center of this story, and spends his time trying to unravel the mystery of the murders, both within the world of Rokken Island and in the meta-world created by Beatrice. His tenacity and fiery determination makes him the perfect opponent for Beatrice. 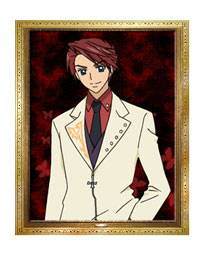 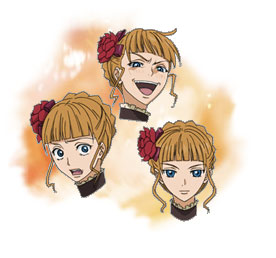 The purported Golden Witch and source of all the family's wealth. She apparently gave Kinzo the gold he needed to build his family fortune, and has now returned to reclaim it all. Whether she really is a witch or something else entirely, one thing we know for certain is that she is at the very heart of this entire mystery. 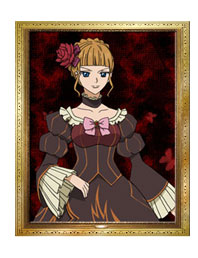 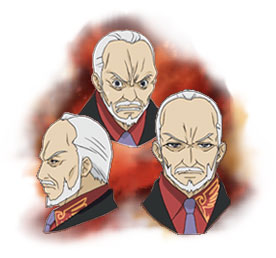 Wealthy patriarch of the Ushiromiya family. They say he made a deal with the Golden Witch Beatrice to build his fortune, and later became obsessed with wanting to see her one more time. He seems to despise his family, and may well have created the riddle of the epitaph to force them all to fight over the family fortune. 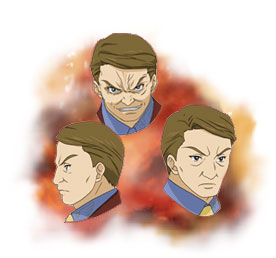 Kinzo's eldest son. He's technically first in line to inherit control of the family fortune, but his siblings have consistently questioned his authority and ability. Krauss refuses to acknowledge the legitimacy of Beatrice's claim, but seems powerless to stop events from unfolding. 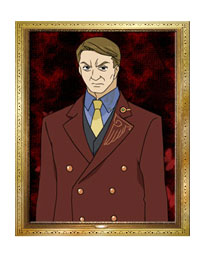 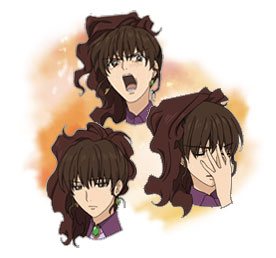 Krauss's wife. She's deeply committed to maintaining the pride and honor of the Ushiromiya name, to the point that Kinzo would seem to prefer her over Krauss as the leader of the family. Her devotion also, however, causes strife with the other family members. 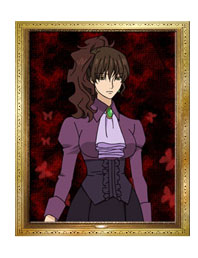 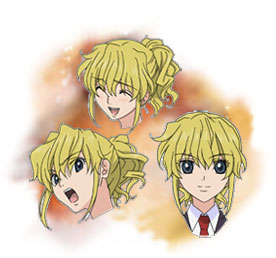 Krauss and Natsuhi's daughter. Being forced to live on Rokken Island in the family residence, she harbors some resentment toward her situation. She's learned to cope, though, and comes to care deeply for those around her. 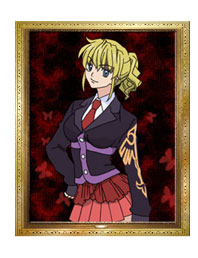 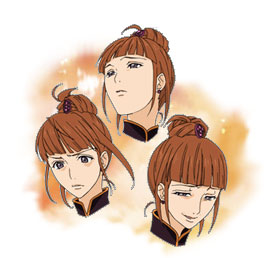 Kinzo's eldest daughter. She's always had the desire to take control of the family, and this has caused years of conflict between her, Kinzo, and Krauss. She sees the epitaph as her chance to claim what is rightfully hers, and seems intent on seeing it through to the end. 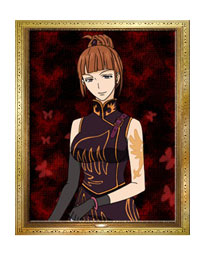 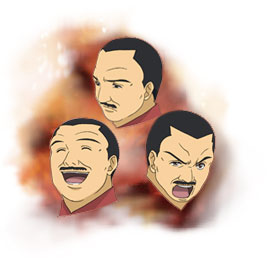 Eva's husband. Their relationship is one of genuine respect—he's tender toward her when she's feeling insecure or vulnerable, but he's also willing to call her out when he thinks she's wrong or out of hand. 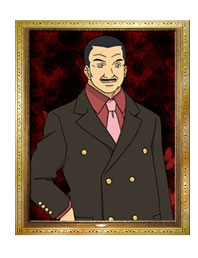 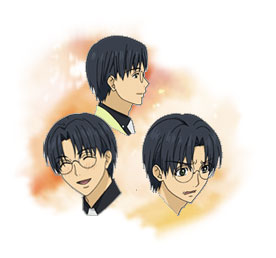 Eva and Hideyoshi's son. George is a kind, intelligent young man. His parents have high expectations of success for him, but all he cares about is being with his one true love. Regardless, as the oldest cousin, he lets his issues take a back seat to supporting and helping his younger cousins. 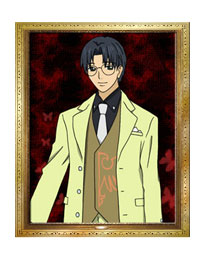 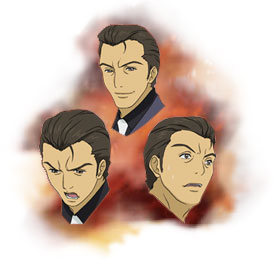 Kinzo's third child. He has little interest in family leadership, but he's eager to get his share of the family wealth in order to pay off the substantial court settlement from a case he recently lost. He exudes confidence, a trait which has clearly been passed down to his son, Battler. 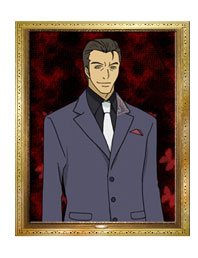 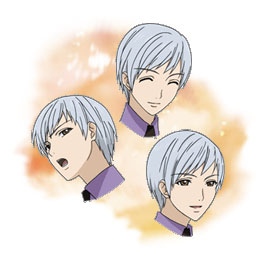 Rudolf's wife. Rudolf was originally married to another woman—Asumu, Battler's mother. Kyrie spent years tormented by jealousy, but after Asumu's death, Kyrie finally gained the object of her affection. 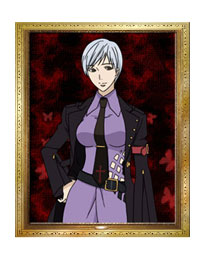 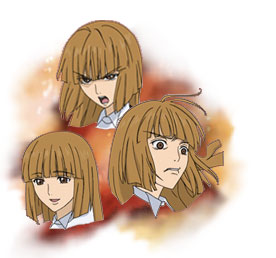 Kinzo's youngest child. With no hope of ever taking charge of the Ushiromiya family, her main concern is gaining access to her inheritance to resolve her own financial troubles. She's a single mother who spends a lot of time away from home, which has had a lasting effect on her daughter. 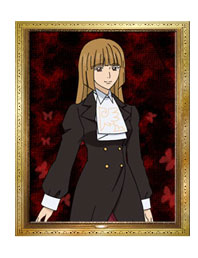 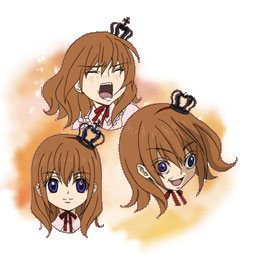 Rosa's daughter. She's strangely educated on the topic of the Golden Witch Beatrice and the occult in general. She doesn't seem to understand the events taking place around her, and often goes off on wild-eyed rants about the twilights, the Golden Land, and other related topics. 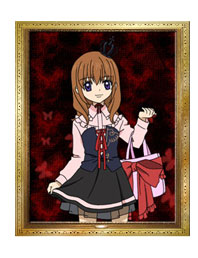 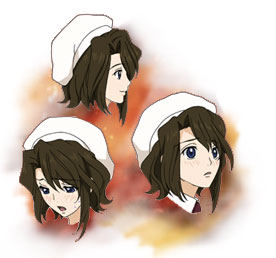 A female servant working for the Ushiromiya family. She's very upbeat and optimistic, and despite her role as a servant she enjoys a casual, friendly relationship with George and the other cousins. 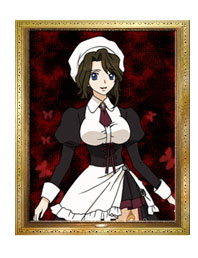 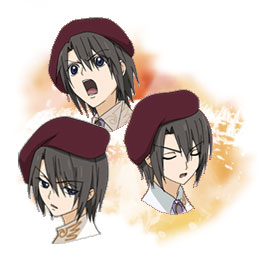 A male servant working for the Ushiromiya family. Unlike Shannon, he's very distant and reluctant to open up to people. He sees the servants as less than human—mere "furniture" there to serve their masters. 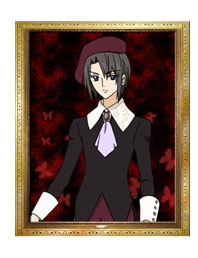