The family restaurant “Wagnaria” stands by itself in Hokkaido. One day Sota Takanashi, who loves all things small, meets tiny little Popura, who offers him a job working part time at the restaurant. Attracted to her petite stature, Sota accepts her offer. To his surprise, the restaurant is filled with eccentric characters. Get ready to dish up some wacky comedy together with Sota and his coworkers!

Sota Takanashi, Popura Taneshima, and the rest of Wagnaria’s zany crew are back in WAGNARIA!!2! Whether it’s Sota being reduced to tears over the death of an innocent bug, Kyoko calling in her old gang to cover some shifts, or Soma hilariously meddling in the personal lives of his co-workers, each day brings something new to the table! But if you’re a man, be warned! Inami still packs quite a punch... 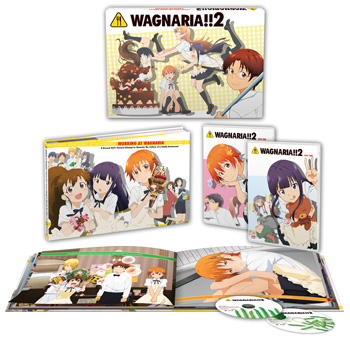 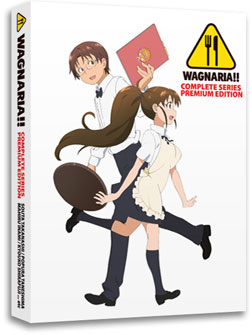 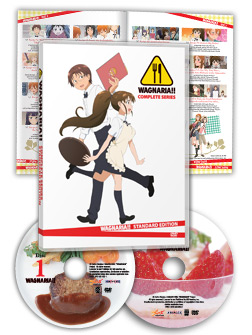 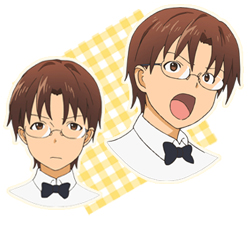 Sota is a waiter who loves anything and everything small. He is also extremely cold and insensitive to anyone who appears to be older than 12. Because of Popura's petite stature, he takes some odd and complicated likings to her. He claims that these feelings are innocently paternal, however, not perverted, as they might at first seem. He is the series' current protagonist and somehow manages to juggle high school, housework, and a part-time job all at the same time. 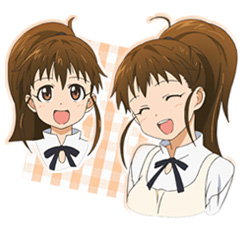 A waitress and de facto mascot for the entire restaurant. She is the epitome of cute and is, much to her dismay, often mistaken for an elementary school student, despite being a 17-year-old sophomore in high school. According to Sota, she is the "same level" as a water flea in terms of "cuteness". She erroneously calls Sota "Katanashi" (in Japanese, "katanashi" means a complete fiasco). 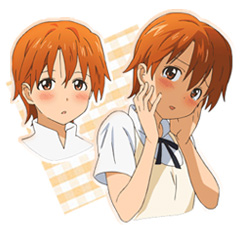 An androphobic (abnormally afraid of men) waitress who works at Wagnaria. Despite her fear of men, she desperately wants to fall in love. The problem is her fear is so intense that she literally attacks any man she sees on sight. She is also shockingly strong and was originally hired for demonstrating her superb physical power by breaking a table in two with a single strike. Mahiru also has a complex about her chest. 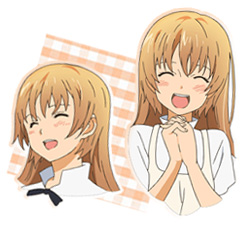 Wagnaria's lead waitress. She is an obvious airhead and has fallen head-over-heels for Kyoko. For some odd reason, she carries a katana at her waist wherever she goes, making Sota nervous whenever she's around. No one can figure out why she isn't arrested for violating the Swords and Firearms Control law. She and Kyoko have known each other for a long time, so working at Wagnaria was a natural choice for her. 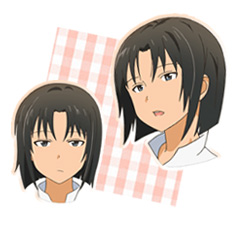 Wagnaria's shift manager. Kyoko was a notorious delinquent in high school and still has a number of underlings who do "favors" for her. She is exceptionally lazy and often gives harsh critiques, in order to avoid actually working. Despite her laziness, she seems to care sincerely for Wagnaria's employees and will go out of her way to protect them. Kyoko is almost always snacking on something and is known to lose her temper when someone mentions her age. 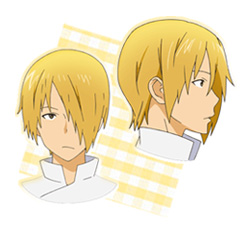 The unpredictable cook of Wagnaria. He may appear quiet, bored, and unfriendly, but is in fact a very friendly person that does his best to take care of all his other coworkers. He loves to tease Popura and seems to be hiding secret feelings for someone... He was originally hired for "not carrying a sword" to the interview. 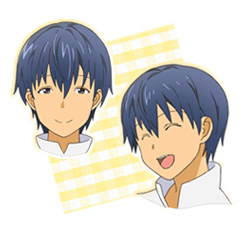 An extremely detail-oriented cook at Wagnaria. Though he seems kind and polite, he is actually a complete sadist. His specialty is discovering other people's weaknesses and using that information to blackmail them. His clever tactics have no effect on Mahiru, however, beause she always knocks him out before he gets a chance to talk. He is a self-proclaimed genius and actually seems very knowledgeable. Got his job by answering "Yes, I am" when Kyoko asked "Are you a good worker?" at his interview. 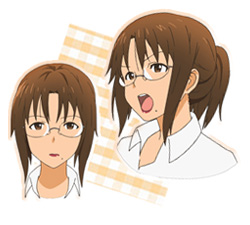 The eldest daughter of the Takanashi family. She is a 31-year-old attorney who wields a thick, heavy law book as her weapon, both figuratively and literally. Kazue is bossy and intimidating around the family, but is very polite to and gets along well with others. This is mostly because she struggles at expressing her true feelings around her siblings. She may have caused Sota's love for all things tiny by traumatizing him at a young age. 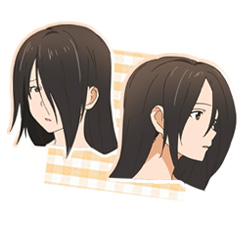 The second eldest daughter of the Takanashi family. She is a 28-year-old romance novelist and has a sickly appearance from staying shut in her room all day, everyday. She refuses to adopt technology and writes with nothing but fountain pens. Her face and clothing are covered in ink, but she says it's "OK" as long as what she writes is pure and clean. 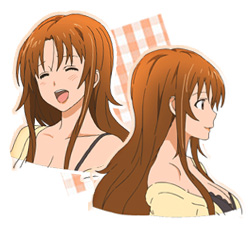 The third eldest daughter of the Takanashi family. This 25-year-old self defense instructor is the polar opposite of Izumi. She is constantly drinking and causing a scene. She jokingly seduces her younger brother, which, coupled with her dangerous martial arts moves, makes Sota scared of her at home. She may look and act cheerful, but on the inside she is a lonely girl who constantly faces rejection from guys. 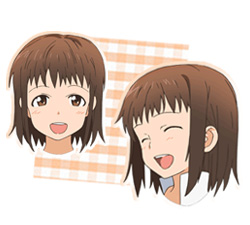 The youngest daughter of the Takanashi family. This 12-year-old grade schooler absolutely loves Sota, but tends to be a bit of a troublemaker. She is the youngest sibling, but will soon grow taller than Sota, which drives him crazy. 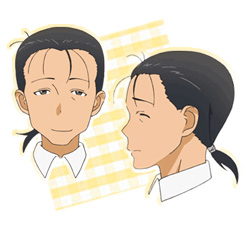 The store manager of Wagnaria who is almost never seen around the restaurant. When he actually is at the restaurant, his presence seems to have no effect on the overall work atmosphere. He is almost always searching for his missing wife, who is so horrible with directions that she has been lost for years. 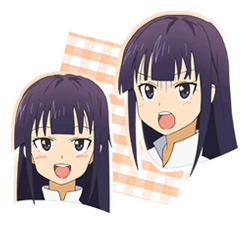 A waitress with questionable origins. She supposedly suffers from amnesia and nothing about her past seems to make any sense. She claims to be 16-years-old, but her true age is unknown. She is hungry for chaos. 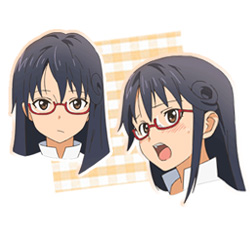 A waitress who has an obsession with the idea of "being normal." She tries as hard as she can to be "ordinary," but is unaware that her radical pursuit for normality makes her completely abnormal. She is timid and always respects authority.