GOD WARS Future Past allowed gamers to dive into the mythical world of Japan using a tried-and-true strategy RPG formula, and now, we’ve got additional content! Experience the Labyrinth of Yomi, an expansion that’s full of new story content or pick up the shrine maiden, Orihime - as separate DLC for PS4 and PS Vita gamers, or get it all on cart in the complete edition - GOD WARS The Complete Legend - on Nintendo Switch!

Today, let’s check out a new character, Orihime, and her role in the game. 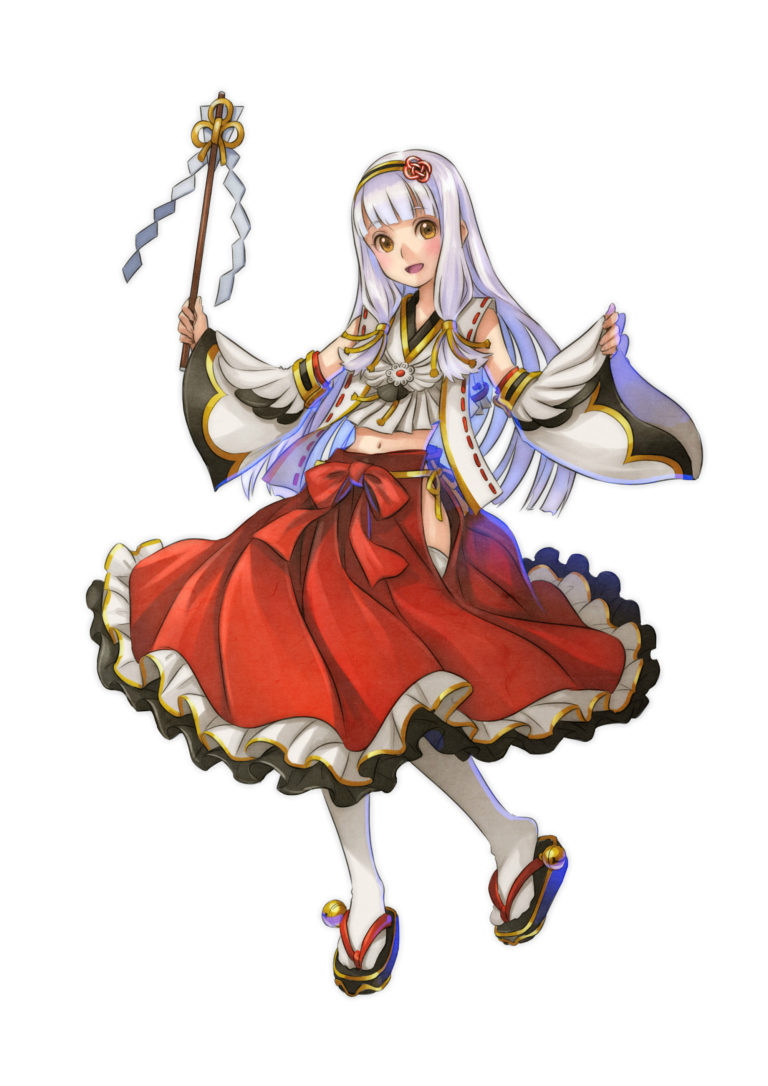 Who is Orihime?
Orihime in GOD WARS is modeled after two different figures in Japanese mythology and folklore. She is a combination of a weaving goddess, “Ametanabata-hime,” who wove special holy clothes in order to bring Amaterasu omikami out of the Amano-Iwato cave she was hiding in, and the crane from the “Tsuru no Ongaeshi” (The Crane Returns a Favor) legend who also weaves using her feathers. You can see these influences in Orihime’s design.
In GOD WARS The Complete Legend, Orihime is a beautiful shrine maiden who lives in an abandoned shrine. Upon meeting her, you will assist her on quests that will eventually allow you to recruit her! Her healing skills are unparalleled, making her a must-have for any type of player
During her time off the battlefield, Orihime is as snarky as she is pretty. She has a mind of her own and might talk to you directly! Who knows… she might catch you off guard!
GOD WARS The Complete Legend arrives on Nintendo Switch September 4 in North America and August 31 in Europe.
Orihime and the Labyrinth of Yomi (the new content for GOD WARS Future Past) DLC will arrive on PS4 and PS Vita on the same dates. For more information, please visit the official website.
Prev post Next post