Labyrinth of Refrain: Coven of Dusk - The Main Three

Who are Dronya, Luca, and Tractatus de Monstrum? 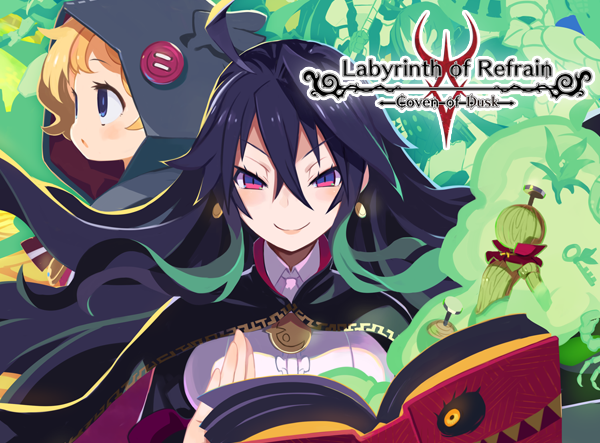 We are excited to introduce the three main characters in Labyrinth of Refrain: Coven of Dusk. Each character has an incredibly important part to play in this grim tale and we can't wait to share their roles.

Dusk Witch Dronya
A beautiful raven-haired witch, cloaked in black robes. Dronya serves the Haltz Kingdom as a royal court witch, and is called the Dusk Witch due to her brilliant red-and-blue eyes. She has come to Refrain for the sole purpose of exploring the labyrinth beneath the town, though her true motive for doing so remains a mystery.
Luca
Dronya's young apprentice and traveling companion. An upbeat, excitable child who is easily moved to tears and laughter, often alternating between the two. Despite her young age, Luca can perform a variety of household tasks, such as cooking, cleaning, shopping, and doing laundry.
She also personally handcrafts each puppet soldier that Dronya sends down into the labyrinth.
The Tractatus de Monstrum
A legendary cursed book that contains the player's soul. It is said to have been scribed by the only man to uncover the secrets of the labyrinth and survive. Now, the Tractatus de Monstrum—or "Tractie," as Luca calls it—must lead Dronya's puppet soldiers into the labyrinth of Refrain and unearth the secrets buried within.

Find out what's in store for these three in Labyrinth of Refrain: Coven of Dusk.
Arriving on Nintendo Switch, PlayStation 4, and Steam in Fall of 2018!
Prev post Next post