A Guide to Making the Riches Explode

I’ve got a fever...and the only cure is more treasure!

So let me get this straight: you say you’ve been smashing your way through the Labyrinth for days now, but you’ve only been able to scrounge up a few measly chests’-worth of loot? Well, you’re in luck kid, ‘cuz I’m going to let you in on a secret that’ll change your treasure-hunting adventures forever!

It’s a little something called FEVER MODE. Once you learn how to harness it, the loot you’ll rake in will increase tenfold, or even a hundredfold, or maybe EVEN HIGHER!

Here’s how it works: As you hack your way through the nasty baddies in the Labyrinth, you’ll notice a glowing gauge up in the top-right corner start to fill. That’s your Fever Gauge. 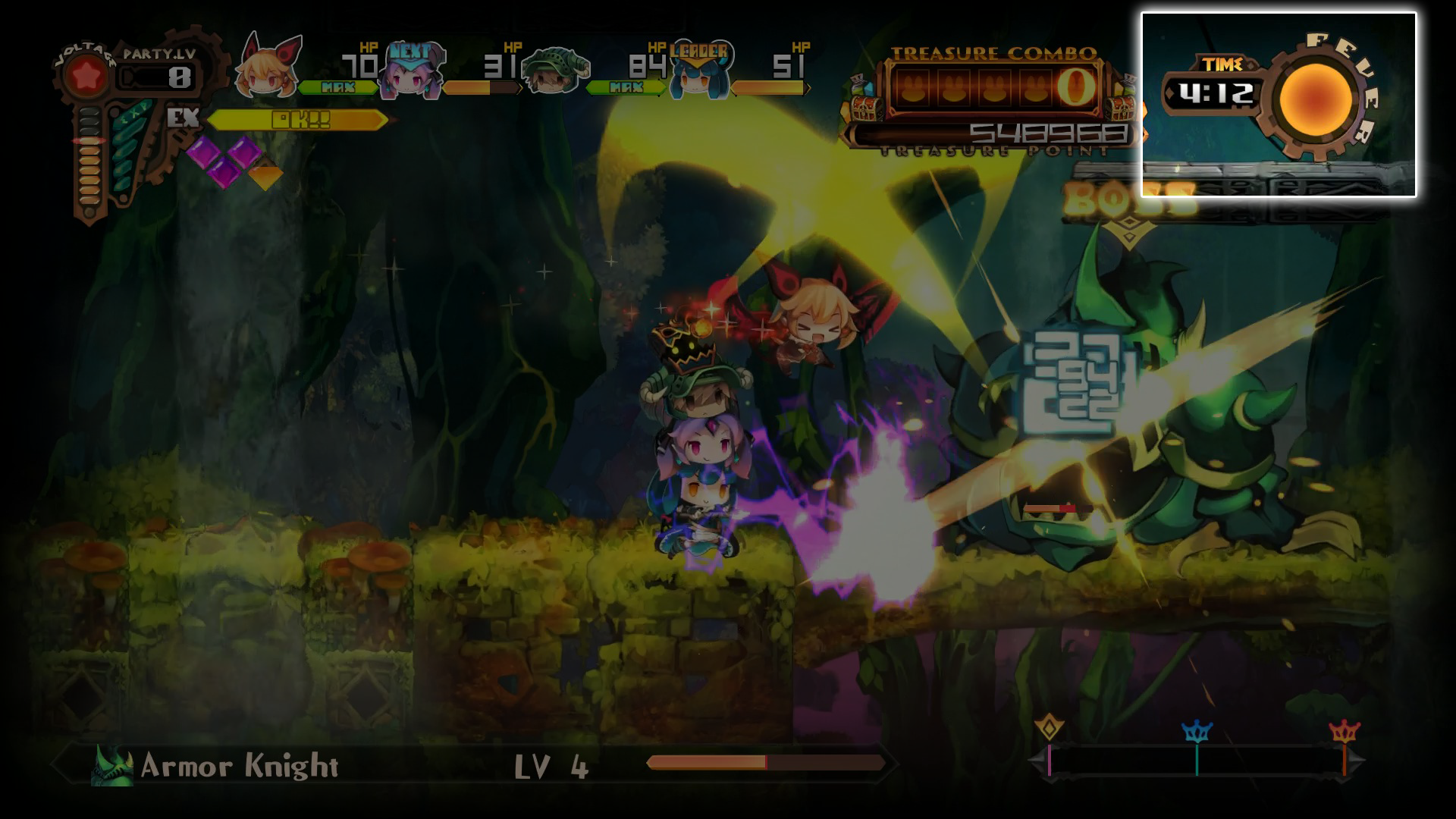 The more you fight, the more your Fever Gauge will build up. Once this baby is full, get ready to go crazy! How will you know when it’s time? Oh trust me...you’ll know. 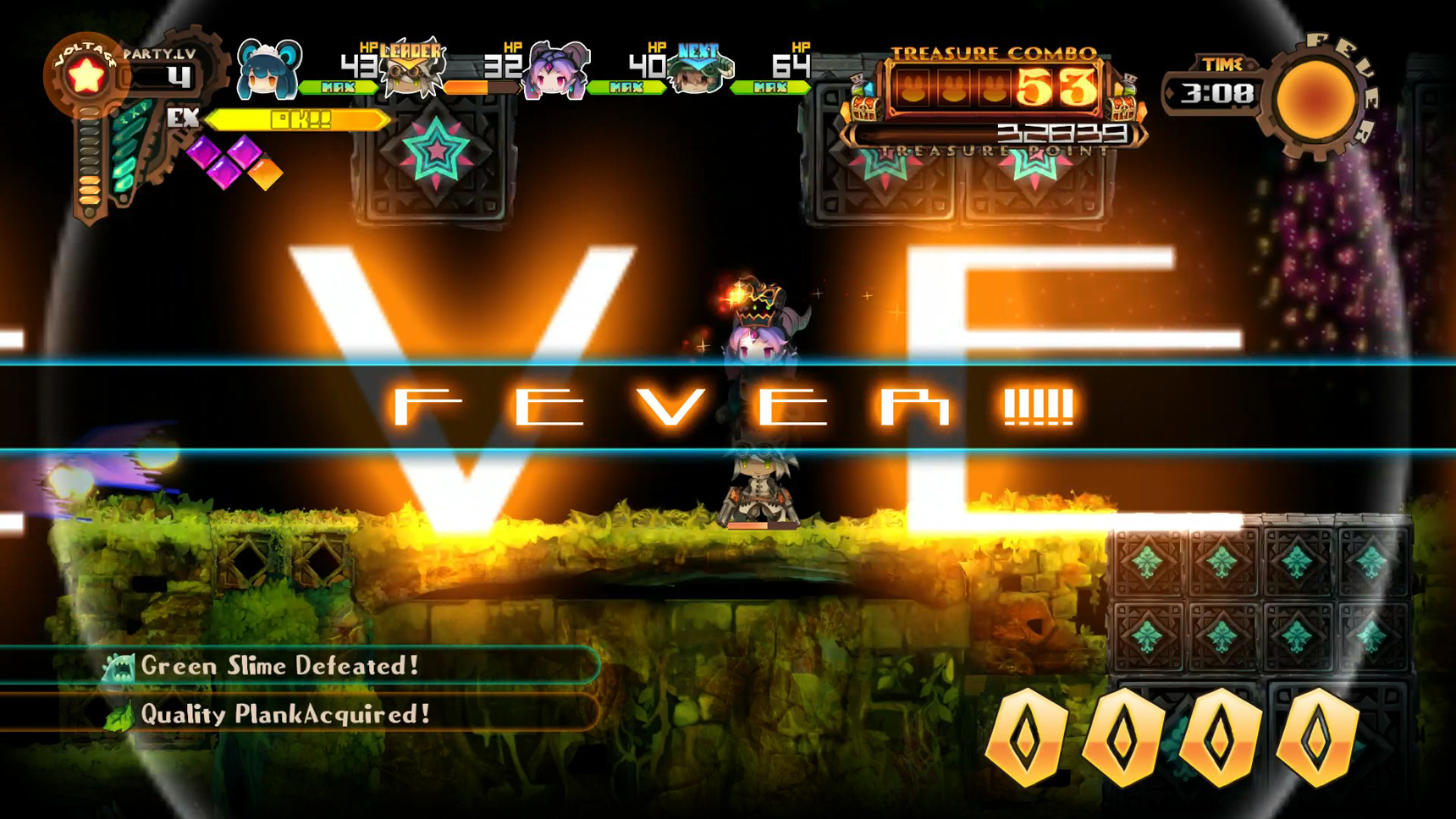 During Fever Mode, your entire party will become invincible, so you can slash, shoot, and...whatever you do with a frying pan, to your heart’s content. Which is handy, because attacking enemies while in Fever Mode will cause them to explode with Fever Gems. Collecting them increases your Treasure Points and Treasure Combo by ridiculous amounts, which massively contributes to the rewards you collect at the end of the stage. 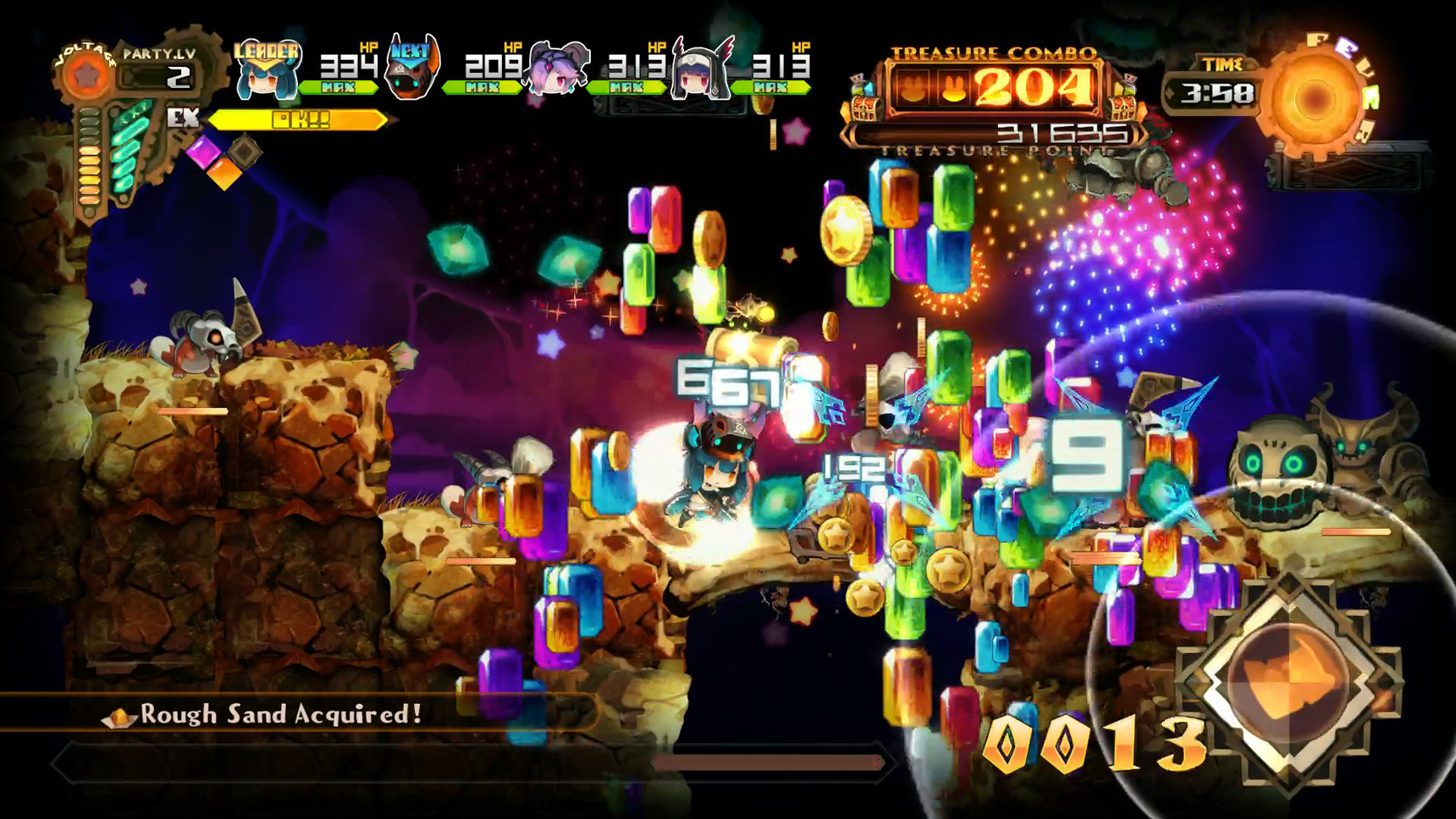 However, it’s not just the monsters that are ready to burst; even the walls of the Labyrinth itself are teeming with treasure! You see those giant flashing blocks? Those are only revealed during Fever Mode, and giving them a hearty smack with your weapon will yield a landslide of loot with which to fill your coffers. Double the destruction for double the reward! 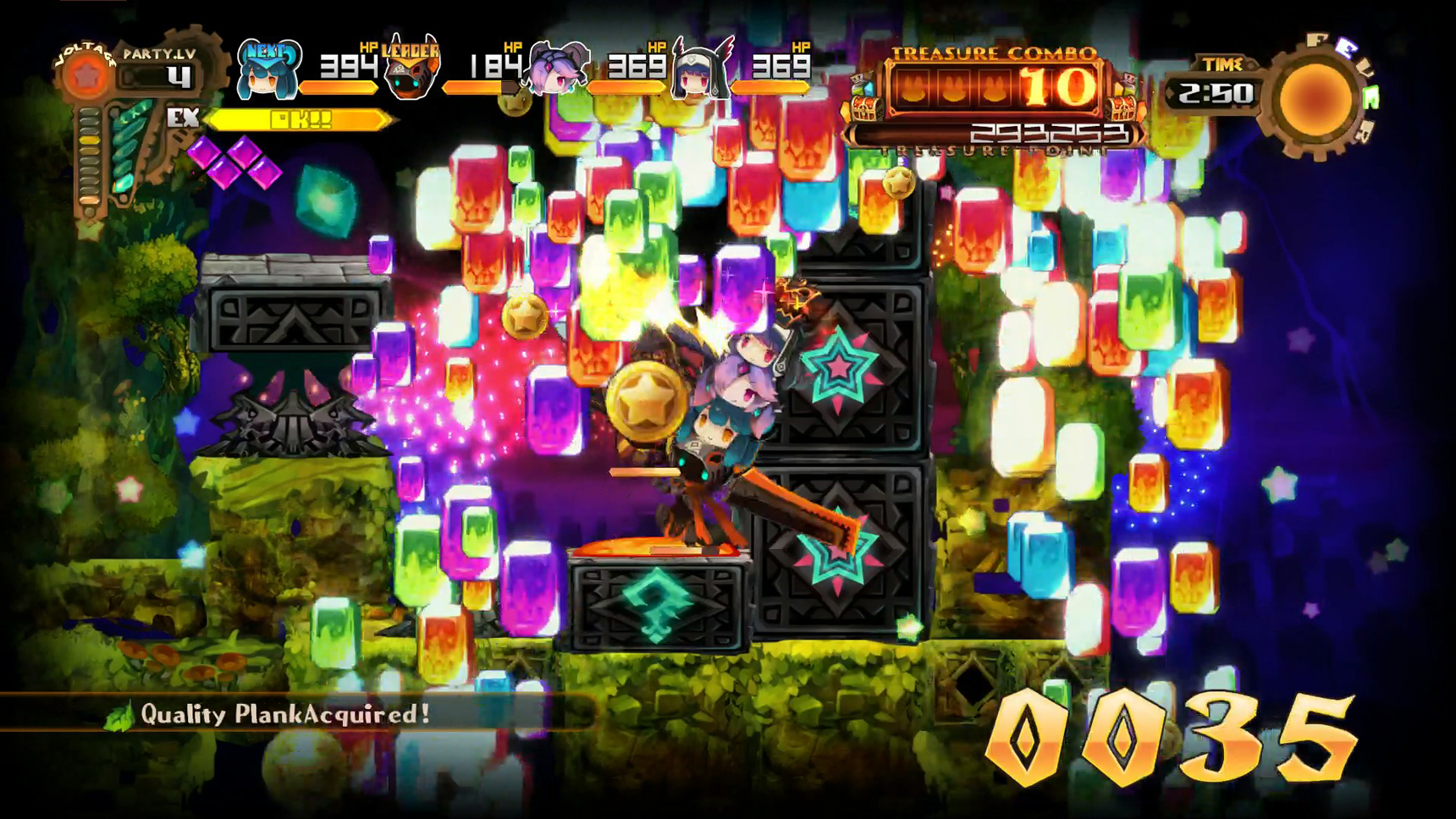 But wait, there’s more! For every 100 Fever Gems you collect, you’ll spin the Fever Slots, which will net you special Fever Gifts! These items activate as soon as you acquire them, and confer a number of different bonuses such as increased damage, defense, gold gain, and more! Your Fever Gem count, as well as any active Fever Gifts, will be displayed in the bottom right corner during Fever Mode. 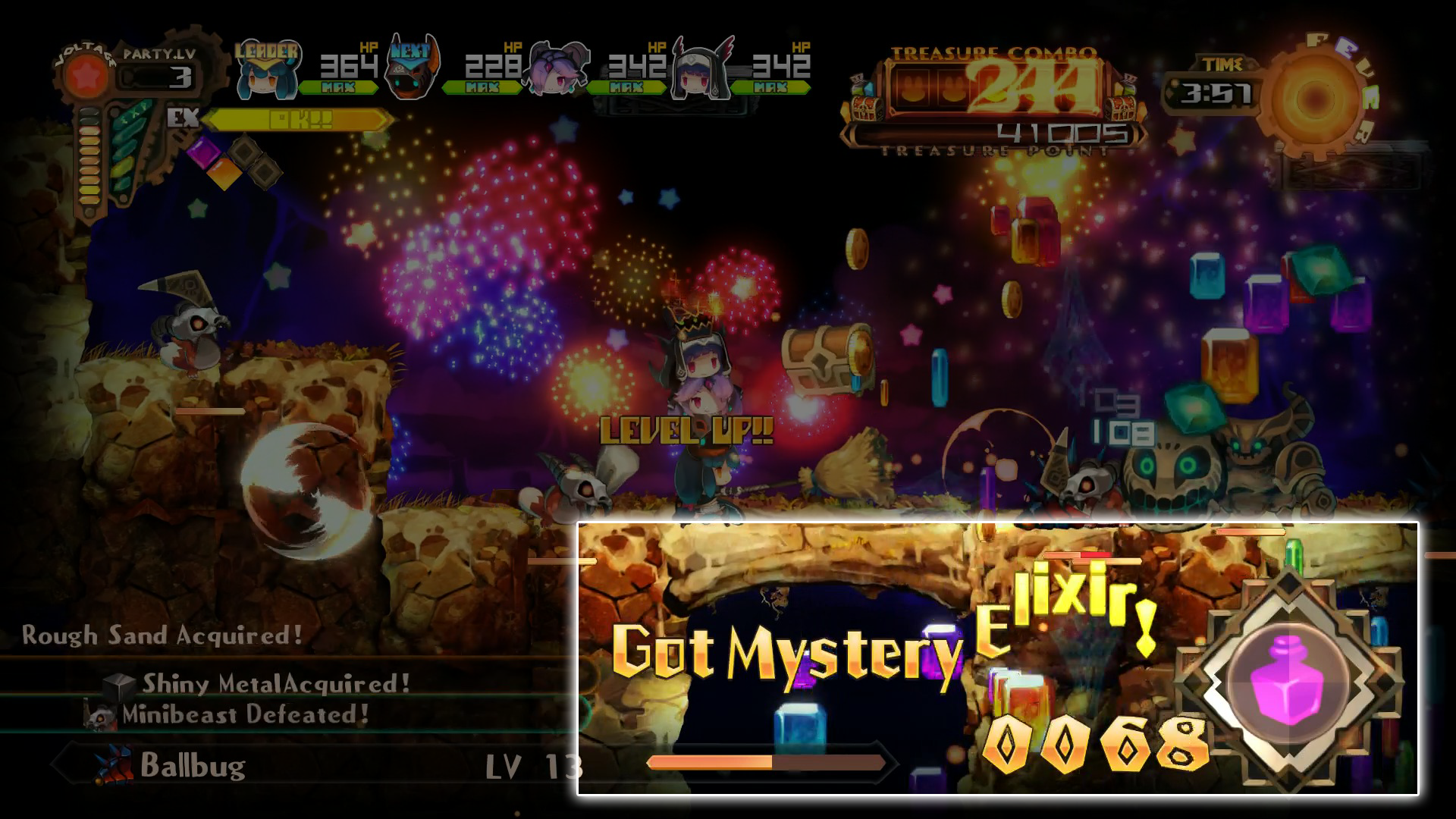 And that’s all there is to it! Keep in mind that Fever Mode only lasts a short amount of time, so make the most of it and smash through as much as you can before it runs out. Get paid for bringing the pain!